Securing my Future through Property 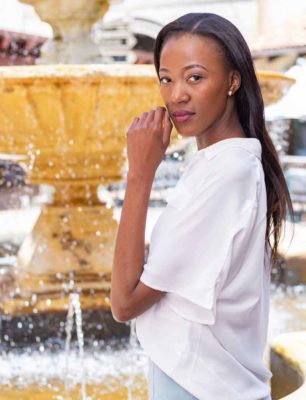 Nano Shadung is a 26-year-old marketing coordinator for one of South Africa’s foremost casinos. If you ask her about herself, the first thing she will tell you proudly, is that she is the daughter of Michaeline Shadung, a single mother who worked tirelessly and selflessly as a domestic worker to provide a better life for her two daughters.

Nano spent her formative years growing up in Alexandra Township. She says of her journey into buying property: “I grew up in a one roomed house in Alexandra and for many years I wanted a place my family could call home. But as I grew up I realised that buying a house is not only living up to my long life dream of providing a home for my family, but it also means I am creating a long term investment for myself.”

Originally, she says, “I decided to enter the property market as a retirement plan or a backup plan should I find
myself unemployed. The plan then extended to wanting to buy multiple properties and then rent them out until all my properties are paid up but currently I just have one property so I am one step to the plan.”

Nano took ownership of her first house in February of 2018, at the age of 25. And while she understands that owning property will eventually mean financial freedom, she says she has struggled to see the big picture at times. She even spent time saving for a deposit on her house, 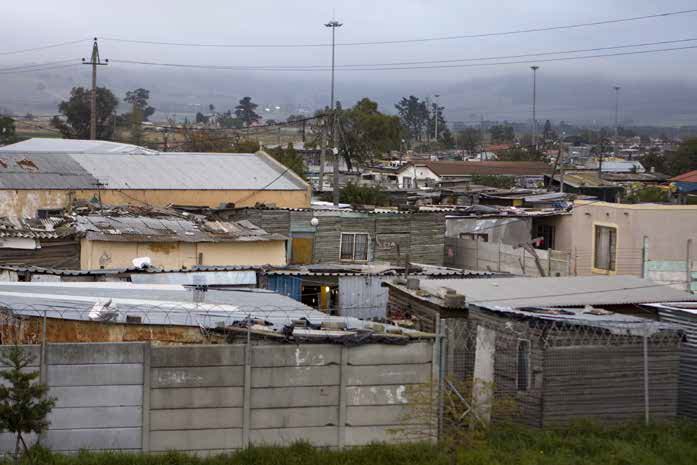 but ended up needing to spend the money on some repairs and renovations to the house. As such she took a 100% home loan from the bank, but is doing everything she can to ensure her bond is paid off early. 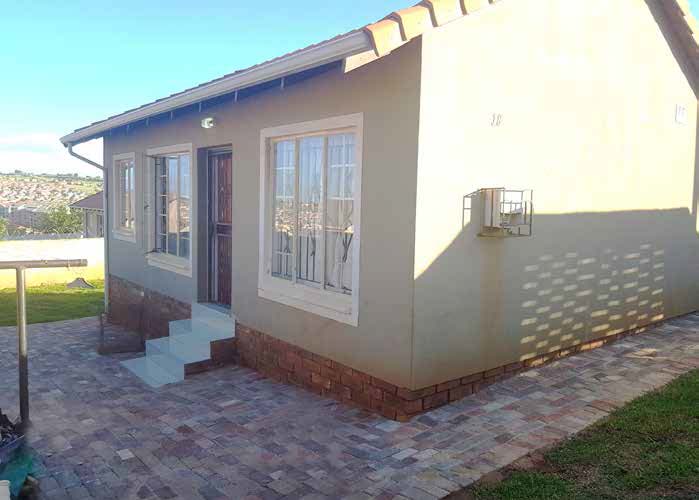 She says: “The initial plan when I bought my house was to pay what I can when I can over and above the required home loan amount, to pay off the bond faster, but with interest rate increasing it has made that impossible thus far, so I plan to take 50% of my bonus to put into the house to make up for all the months I could not pay the extra. I also am aware that when I pay extra it helps me with paying off my bond quicker and decreases the interest to the house so it’s something I’m looking into.

She admits that monthly payments on a property may seem like a big commitment to a lot of people, and that she needs to sacrifice other luxuries at times, but says that the independence she knows owning such a large asset will bring her in the future, makes the sacrifices worth it.

But what does independence look like to Nano? She elaborates: Independence, to me, means survival. It means I am able to provide for my family and myself without putting myself under financial strain. I watched my mother work hard to provide for us yet she was always under terrible financial strain, moving from one loan to the other trying to provide for us, while keeping a roof over our heads. Today my sister and I are who we are because of all the sacrifices she made for us, but for me my future financial independence will mean freedom from this same cycle.

And what of her plans for the future? “The Plan is simple”, she says: “I want to pay up my current bond and buy another and another and another. I also wish I could also educate young women about the importance of buying property and the process. It was a very tricky one for me as I did not know how these things are done so I found myself not satisfied with the service my agent gave me”. Nano has since switched to AWCI Property as her preferred agents, and hopes to be able to buy her investment property in the near future.

We're not around right now. But you can send us an email and we'll get back to you, asap.